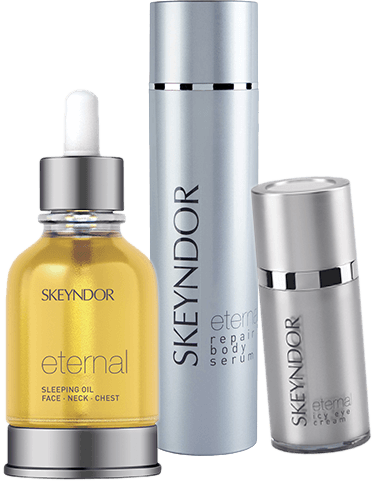 Skeyndor Eternal intensive Serum
Extra concentrated serum – It improves the speed at which cells are renewed and therefore increases the vital skin component substance. As a result skin recovers its lost volume and is more youthful, radiant and firmer.

Skeyndor Eternal Cream
Is formulated to restore the skin’s volume lost with age at the deepest level. The face becomes fuller, more even and clearer defined.

Skeyndor Eternal Icy Eye Cream
Cream for the eye contour area with plant origin stem cell nanoliposomes. It is effective on epidermal stem cells, making them produce a greater amount of the vital dermal substance. It leaves your eyes looking fresher, more radiant and youthful. It will smooth wrinkles and fine lines for a softer appearance.

An anti-aging active based on an extremely rare form of apple stem cells promising to protect skin stem cells and slow the senescence of hair follicles.

Furthermore, the Switzerland-based company has developed a method to cultivate large quantities of the plant cells which allows it to use the benefits of this plant..

Concentrating on the face
In vitro and in vivo tests have suggested that the ingredient boosts the production of human stem cells, protects human stem cells from stress and decreases wrinkles.

In vitro the extract was applied to human stem cells from umbilical cords and was found to increase the number of the stem cells in culture. Furthermore, the addition of the ingredient to umbilical cord stem cells appeared to protect the cells from environmental stress such as UV light.

Another interesting finding was the ability of the ingredient to delay the ageing of hair follicles, suggesting a possible use in anti-aging hair preparations. Despite this finding the company stated that the main focus of the active is skin care for the face.

Stem cells and skin aging
Is based on the callus cells (cells that are formed when a plant is wounded) of a rare Swiss apple tree species. If a plant is wounded the surrounding cells dedifferentiate (they turn back into stem cells) and form a wound healing tissue, the callus. Once the wound has healed these callus cells can then differentiate again and build new tissue – they are totipotent.

Furthermore, the cells of the species chosen by the company, Uttwiler Spätlauber, are thought to contain metabolites to ensure longevity as the tree is known for the fact that its fruit keep well over long periods of time.

Only three trees left
The storability of the fruit was the quality that led the company to question whether the plant could be harnessed for use as an anti-aging active.

The technology allows the company to breed cells in the laboratory from plants that are rare, protected, seasonal or otherwise unavailable. Skeyndor Eternal line is a liposomal preparation based on the stem cells of a rare Swiss apple.

Uttwiler Spätlauber is an endangered apple variety that was well-known for its excellent storability and thus its longevity potential. This technology enables the cultivation of rare and endangered species like Uttwiler Spatlauber. Thanks to this technology plant stem cells can be obtained and incorporated into cosmetic products to ensure the longevity of skin cells.

The protection of human stem cells by Skeyndor Eternal line has been shown by various in vitro experiments. Other studies demonstrated its age-delaying and anti-wrinkle effects. A revolutionary anti-aging active ingredient based on a high-tech plant cell culture technology. 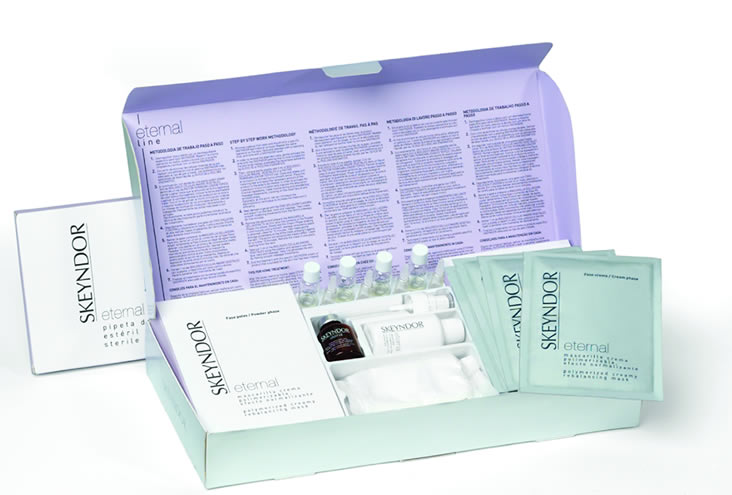 While some are still battling time, SKEYNDOR has WON. No woman has to look her age, ever again, we promise. And, at SKEYNDOR, we’re accustomed to always getting our way. Our revolutionary GLOBAL LIFT proves it. Prevent sagging, and look your best…learn more 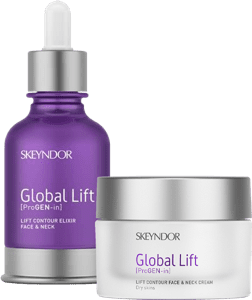 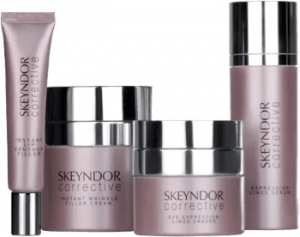 An exclusive treatment protocol has been created with rituals inspired in the most refined and selective treatments. Each step envelops the person in an incomparably unique experience of luxury and well being for the five senses…learn more 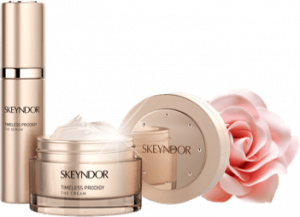 Keep up to date with our latest deals & promotions.